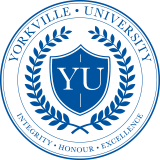 Behavioural interview questions are common in many job interviews, meaning it is highly likely employers will frame their questions in this style. These questions focus on the interviewee providing a real example of something that happened in the past, because past behaviour is a predictor of future behaviour. With these questions, therefore, the point is to share real examples, not hypothetical scenarios.

Questions often focus on the skills and knowledge used, and learned, as they relate to interpersonal relationships and ability to manage difficult situations.  Some specific areas of inquiry include stress management, planning, teamwork, problem-solving, leadership, judgment, decision-making, dealing with ambiguity, and commitment to the task.

There are a few different acronyms that have been used to explain how to answer these types of interview questions, such as:

Regardless of the acryonym, they are all looking for the same things: tell the employer about a situation you experienced, or a problem you had to solve, the action(s) you took, and the result.

Let’s break this down further:

Outline the situation, need, or problem and show what skills and knowledge you used.

State the key actions performed; be specific and strive to begin each sentence with a skill word. Show how you applied the skill by using descriptors. Mention how you performed the task, your attitude conveyed, or tools/procedures used.

Examples of results valued by employers:

Increased customer-retention figures from 70% to 96%.

You could include instances where you:

1. Solved a problem or handled an emergency situation.

2. Created/built something or developed an idea.

3. Demonstrated your leadership in face of challenge.

4. Followed instructions and realized a goal.

5. Identified a need and satisfied it.

6. Contributed actively to a decision or a change.

10. Received a reward or special commendation.

Here are some examples:

“Tell me about a time when you handled a difficult situation with a customer.”

“When I was working for McGraw Hill as a Customer Trainer, there was a misunderstanding between a customer and me as to the type of training we would provide. The customer understood that the training was going to delivered in a 1:1 format, whereas our normal procedure was to provide group training. The sales representative and I agreed that I would talk to the customer to develop a compromise. I sat down with the customer and suggested that we would train the front-line staff on a 1:1 basis and provide small group training for the other staff. The customer was satisfied with this solution and realized that this arrangement would end up saving them time and money.”

In this example, the situation was the misunderstanding, related to how training was going to be done. The action was to bring all stakeholders together to identify a solution, which was the compromise of combined 1:1 and group training. The result, a satisfied customer who also saved time and money.

“Explain a time when you had to promote an idea or project to a group. How did you go about persuading them?”

"When I was working as a Program Coordinator for the YWCA, I realized that valuable staff time was used to provide services that could likely have been done by volunteers. To confirm my suspicions, I took initiative to observe and assess agency and program needs, researched volunteer management, and interviewed volunteer coordinators at local agencies. With data collected, I prepared a proposal, presenting it to the Board of Directors. Based on my research and recommendations, the agency created a full-time volunteer position that expanded our services 15% which also increased staff effectiveness because their time was freed up to focus on strategic priorities."

In this example, the situation was the potential that staff time was being wasted. The actions were to conduct a mini research project to gather needed information to then make a recommendation to the Board. The result, a new position was created, allowing for a 15% expansion in services.

“Give me an example of when you experienced a conflict within a team.”

"In my previous role, I led the team implementing a new sales software system. Although this project primarily involved the sales team, there was a need to work closely with members of the IT support group, and unfortunately, there was a long-standing conflict between one of the sales leads and one of the IT team members. I began with a project timeline, identifying when these two people were going to need to work closely together to ensure I was going to be available to step in, if needed.

I then met with each individually to explain the situation, discuss the project plan, honour their individual contributions, and recognize that some tension existed, asking what each would need from me to help ensure things ran smoothly. An outcome to these meetings was a mutually agreed upon decision that I would sit in on all their meetings and I was copied on every written communication.

Although there were a few tense moments throughout the project, as I was involved from the start, and was present for all important touch points, the project finished on time. This helped demonstrate how important open and honest communication was to minimizing conflict, as was creating that safe and respectful place for people to share their opinions."

In this example, the situation was a long-standing conflict between specific people on two teams that had to work together to complete a project. Many actions were taken including developing a project timeline, assessing for overlap between the two individuals, talking to everyone, and coming to agreement on how communication would happen. The result was a project completed on time with minimal conflicts and all team members feeling safe and respected.